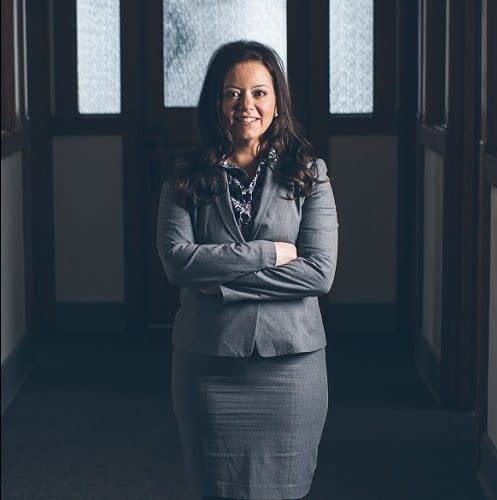 Monica H. Beck is Managing Legal Counsel for The Fierberg National Law Group and oversees the attorneys and legal strategies employed by the firm. Ms. Beck has 20 years of civil litigation experience in federal and state courts across the nation and focuses her practice on representing young victims of sexual violence, abuse, assault, and harassment, making certain their rights are protected and achieving justice for victims and their families. Ms. Beck represents children in Michigan and across the country in Title IX claims and other lawsuits to ensure that perpetrators and institutions, like schools and churches, that fail to comply with their obligations to protect children are held accountable to the fullest extent of the law.

Prior to joining The Fierberg National Law Group, Ms. Beck was an attorney in the antitrust group, Skadden, Arps, Slate, Meagher & Flom LLP in New York, routinely ranked as one of the top law firms in the world.  After nine years at Skadden, Ms. Beck then served as Deputy General Counsel at the Phoenix House Foundation, Inc., the nation's largest non-profit organization dedicated to substance abuse treatment and prevention.

Ms. Beck may be reached at mbeck@tfnlgroup.com.

Please, express our gratitude to all those people that helped with the case. It takes a team."

"When my seven-year-old son was sexually assaulted about 20 times on school property by a classmate, I reported to the school what was happening. I also filed a police report, secured a restraining order, and filed a report with social services. The school not only refused to protect my son from the perpetrator, they wanted me to send him back to the same classroom so they could hire “extra eyeballs to observe and document their interactions,” essentially asking my traumatized son to act as bait so they could catch the student in the act.

Their combined actions and lack of actions further traumatized my son and absolutely violated Title IX law. He was forced to change schools six weeks before the end of the school year and subsequently developed PTSD. My husband and I incurred tens of thousands of dollars in expenses over the next 12 months related to therapists, doctors and time off from work.

I soon became aware of three other families in the same school district with eerily similar situations – one at the middle school level and two at the high school level. There was student-on-student sexual harassment or abuse, school administration was aware but refused to do anything to protect the victims or ameliorate their situations and the victims were being further traumatized. This obviously was a systemic problem that needed fixing, and after filing a complaint with the U.S. Department of Education Office of Civil Rights, our family was offered mediation.

Typically, mediation functions only to remediate an individual student’s situation, but nothing less than a systemic fix was going to be satisfactory for me. Finding a law firm with the expertise needed to advise us in this type of case was nearly impossible because it’s a very specialized area of law. Local law firms with expertise in Title IX law refused to take our case because they deemed it not big enough to justify their time. Fortunately, Monica Beck and The Fierberg National Law Group not only became a lifeline for us during an exceptionally trying time in our lives, they were instrumental in achieving a spectacular outcome — all without a lawsuit.

The school district reimbursed us for a percentage of our documented out-of-pocket expenses, but more importantly, they agreed to train every principal in the school district and their bosses on how to respond appropriately to reports of sexual harassment and assault. They agreed to let Monica and me review the curriculum before they taught it, and I also got to meet with the district’s Title IX coordinator to impress upon him the importance of his role in keeping students safe.

After 12 long months of fighting this battle to prevent other families from going through the torture of our experience, I couldn’t be happier with the end result. Thank you, Monica!"